Claimed Be Sure with Vidyalankar

Vidyalankar Coaching Classes Listed in Be Sure with Vidyalankar Located in New Panvel,Panvel Origin Of Vidyalankar And Its Rich Academic Heritage Endowed with a gift of good academic career, C. S. Deshpande completed his Inter Science Examination in 1950 from Willingdon College, Sangli with a spectacular performance by standing FIRST in the University, winning all the University prizes and scholarships in all the subjects and creating records in Mathematics and in Aggregate total marks. (The 2nd rank student was behind him by as many as 70 marks i.e. by 10%). After completing his B.E. (Electronics and Telecom.) from the College of Engineering, Pune, he joined the prestigious T.I.F.R. (Tata Institute of Fundamental Research) in 1954 as a research scholar in Nuclear Particle Accelerator Section. His name was specially recommended by his principal to Dr. Homi J Bhabha, the noted scientist and the founder of TIFR In the following year, he appeared at the I.E.S. ( Indian Engineering Services) Examination and secured the top rank in this All India Competitive examination. He was posted in the I.R.S.E. (Indian Railway) Service of Engineers) as a Class I gazetted officer and worked in the Railway Electrification project at Calcutta for a few years. During this period, he developed personal contacts with several leading engineers in the country and the top engineering teachers in various reputed institutes like I.I.T.?s, B.H.U, Roorkee Engg. University, Indian Statistical Institute, Calcutta and above all, Sir C.V. Raman, the great scientist and Nobel Laureate. While working as a Railway Electrification Engineer, he realized that his intrinsic interest was in the field of teaching and writing Mathematics and Mathematical Engineering Subjects. This realization led to a painful internal conflict between treading a conventional path of continuing with the coveted Govt. Class I service and an unconventional risk of walking out of such secure civil service and undertake a struggle of establishing his own institute for teaching, writing and publishing. Eventually, he did take the unconventional decision of resigning from the prestigious I.R.S.E. to return to Bombay to start his own academic institute. On the auspicious day of DASARA in OCT. 1960, he launched his own A.M.I.E. classes in a rented school class room. That was the modest beginning of Vidyalankar in the Shardashram school of Dadar. After operating from another school at Matunga (West) for one year and yet another at Mahim for next two years, in May ?64 Vidyalankar could afford its own rented premises at Mahim and finally in 1974 it arrived at ?PEARL CENTRE?, its present premises in DADAR. Thus, the Basic objective of establishing this Institute was neither commercial nor merely to earn a livelihood. The Basic Objective was to satisfy the inner urge of dedicating oneself to the sincere academic pursuit and to guide the eager young students with a missionary zeal, to enhance their worthiness and imbibe the nobler values of life in their receptive minds not by empty words but by one?s own example. MISSION Offer the highest quality learning programs by delivering on rigorous content, best in class faculty and engaging user experiences in a personalized manner. VISION Through education, enable each individual in the world to pursue the career they desire and thereby improve their quality of life. COURSES Foundation NTSE IIT JEE BIT-SAT MT-CET/NEET Diploma Engg Degree Engg B.Sc.-(IT) GATE 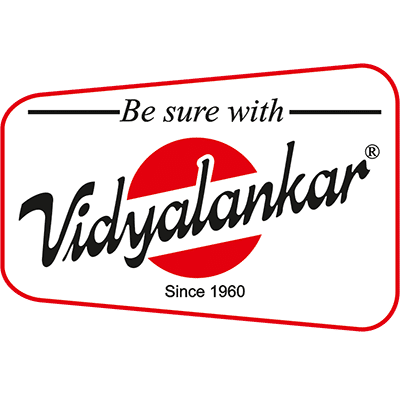 What is the address of Vidyalankar Coaching Classes?

What is the contact number of Vidyalankar Coaching Classes?

What kind of payment accepted by Vidyalankar Coaching Classes?