Vanvasi Kalyan Ashram Listed in NGO for Tribals Welfare Located in Vaje,Panvel India being a land of diverse culture, it is also a land of hundreds of tribes or ?Vanvasis?. The Vanavasis find a mention since ancient Holy Hindu scriptures. In Ramayana there are several references like Shabari, Vali, Sugreev etc while Mahabharata has references of Eklavya, Ghatotkacha etc. There are so many names of Vanavasis who had actively participated in the freedom struggle like Umaji Naik around Pune, Talakkal Chandu in Kerala, Vishoi in Orissa, Tirot Sing in Meghalaya, Santhal leaders in Bihar (Siddo, Kano, and Tilka), Birsa Munda in Ranchi region, Rani Gaidinliue of Nagaland, Govind Guru of Rajasthan, and Gula Maharaj of Dhule. Many more tribals are unsung Heroes, who took part in Indian Freedom Movement. Vanvasis comprise approximately 10 % of Total Indian Population, Spread practically in all the states & Union Territories. There are 73.18 lakh vanavasis in Maharashtra. They are spread over areas, mainly on hilltops. Bhill, Gond Madia, Katkari, Oraon, Warli are the major tribes. Most of them still follow primitive traditions. All these tribes in the state are mentioned in the state schedule. In Maharashtra there are 47 such scheduled tribes. The peculiarities which set the Vanvasis, apart from other people are their dresses, traditional adornments, their dialect, folklore and customs. Their life style, traditions, customs, their deities, etc. Everything reflects the primitive traits they harbor. Their children are deprived of any formal education due to their unstable life style. Their lives are fossilized in poverty, superstition and ignorance. They have remained backward economically and socially. A Stigma and criminality is unfortunately attached with this section of society since generations. It was a need of an hour for society to respect Vanvasis and their tribal culture. With the inspiration from Thakkar Bappa, in the beginning, Vanvasi Kalyan Ashram was established by Mr. Ramakant Keshav a.k.a Balasaheb Deshpande, on 26th December 1952 at Jashpur in Madhya Pradesh by enrolling 6 children of Oraon tribe. Encouraged by the success of this Vanvasi Kalyan Ashram over a long period, from 1978 to 1980, Vanvasi Kalyan Ashram started its work in every state having Vanvasi population. At national level, Vanvasi Kalyan Ashram is providing dedicated services in the areas wherever there is Vanvasi population. As per the policy of Vanvasi Kalyan Ashram, among the volunteers (men and women) nearly half are Vanvasis. Apart from them, several students, working men, professionals, retired volunteers are dedicatedly working for various projects like; education, health, agriculture, sports, spiritual congregations (Shraddha Jagaran) etc. Vanvasi Kalyan Ashram started functioning in Maharashtra in 1979. Shortly a public trust was formed in the name of Vanvasi Kalyan Ashram Maharashtra. (It will be referred as VKA.) Presently VKA is running 18 hostels for Vanvasi children. Apart from the hostels, there are 3 schools, 3 Nurseries or Balwadis, 113 agriculture development centers, 5 dispensaries, 54 spiritual congregation centers and 804 allied projects are being managed. VKA is also implementing more than 500 social projects through full time dedicated volunteers. The Ashram has presence in 2000 of 5600 Vanvasi villages and hamlets in Maharashtra. From year 2010, VKA trust has been sub divided into 3 ?Sambhags? (regions) namely Kokan, West Maharashtra & Devgiri. This will benefit in, VKA reaching in greater extent to interiors of all parts of Maharashtra. Aims & Objectives: The main objective of VKA is to eliminate the chasm between Hindu community and their Vanvasi brethren with affection and good faith. It will certainly help in developing a sense of belonging, among the Vanvasis. For attaining this aim, various projects, aimed at removing the differences from both the communities, are started. For this, several volunteers are working full time for the educational, health and developmental (Social, religious and spiritual) projects started by the Ashram. VKA has always made efforts on all fronts to bring these genuine offspring of soil in the mainstream of society and at the same time introduce the rich culture of the Vanvasis to urban society. VKA volunteers are confident that such introduction and blending will be mutually beneficial. They are working on several fronts which will help in accomplishing development of Vanvasis and help them in assimilating in the main stream of the urban society. PROJECTS Baripada Education Health Guards Medical Camp Eklavya Khelkood Aarogya Mitra 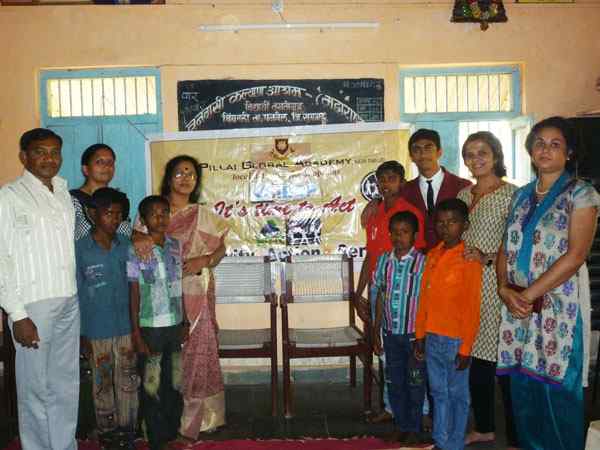 What is the address of Vanvasi Kalyan Ashram?

What is the contact number of Vanvasi Kalyan Ashram?

What kind of payment accepted by Vanvasi Kalyan Ashram?