Micron Metropolis Healthcare (52 Bunglow) Deals in The Pathology Specialist Located in Panvel City,Panvel About Us CORPORATE OVERVIEW Metropolis conducts more than 30 million medical tests a year impacting the lives of thousands across India and other emerging markets. We offer comprehensive testing in the areas of genetics biochemistry, molecular oncology, anatomic pathology, microbiology, hematology, immunochemistry and others. Driven to make a difference, our wide network includes 150 state-of-art medical Laboratories with over 1000 collection centres, processing over 4500 varieties of medical tests including highly specialized and esoteric assays. We are supported by an efficient team of more than 3500 people with a 100 member scientific team. Equipped with cutting edge technology, innovative work equipment, expansive logistics network and rigorous processes, Metropolis ensures and delivers precision and accuracy in every single test; each time, every time. Over the past two decades, Metropolis has expanded into new service lines like Clinical Trials, Hospital Lab Management, Lab at Home Services, Preventive Health Check-ups and Corporate & Wellness Solutions. Accreditation Today, Metropolis Labs is one of the few laboratories that has received the CAP (College of American Pathologists), accreditation, the global gold standard in Laboratory Accreditation. We have also received the NABL Accreditation (National Accreditation Board for testing and Calibration Laboratories). In addition, we also adhere to CLIA (Clinical Laboratory Improvement Amendments) program and follow the guidelines laid by GCLP. Corporate Social Responsibility At Metropolis, we believe in unveiling the inner health of individuals and this motto extends to our corporate social responsibility activities as well. Giving back to the society is embedded in the value system of Metropolis and we believe and aim to bring about a positive change in the nation. Metropolis has been at the forefront in conducting impactful camps and driving numerous workshops for different sections of the society for the past 3 decades. We partner with societies, corporates, educational institutions, government bodies, NGOs, wellness foundations and a host of other organisations to make a difference to the lives we touch. Our camps and awareness workshops emphasize on preventive healthcare and early screening of diseases. Some of our most recent associations include Epilepsy Foundation, Hep Free India, Mumbai Traffic Police, Kishori Foundation, Children of Blind School and Jeevan Jyot Cancer Trust. Awards & Accolades Metropolis has been awarded numerous accolades like the ?Best pathology Lab In India? by Modern Medicare in 2006 and ?Best Diagnostic Company of the Year? in 2010 by Frost & Sullivan. Metropolis was also bestowed with ?Best IT Integration in Customer Service Management? at the e-Health World Expo 2011. Metropolis was also honoured with the ?Quality Brand Award? by NEHRDO in 2012. Metropolis won the ?CMO Asia Award? for Best IT practices in Healthcare in 2012. Metropolis recently bagged the ?India? most promising brand award? at Global Indian Excellence Summit 2014 held in London. Metropolis also won the acclaimed Emerging Companies Excellence Award hosted by Business Today in 2014. In 2015 Metropolis won the Best Diagnostic Company Award at the National Awards for Excellence in Healthcare hosted by CMO Asia. Metropolis also won the Best Diagnostic Service Provider Award hosted by VC Circle. Metropolis Healthcare is led by Ameera Shah, Promoter & Managing Director . An International & National award winner, Ms. Shah was conferred with ?The Young entrepreneur of the Year Award? by GE in 2006 and ?The Young Achiever of the Year Award? at the CMO Asia Awards in 2011. She was also the recipient of the prestigious ?Young Entrepreneur of the Year Award? in 2011 organized by Entrepreneur India and Bloomberg. She has been honored with ?Exemplary Women Leadership award? at the World Women Leadership and Congress awards 2014. She has been chosen as one of the most respected leaders under 40 years by Economic Times & Spencer Stuart (2014). Recently Forbes Asia listed Ms. Shah in the Asia?s Most Powerful Women 2015 for powering the rise of Metropolis Healthcare and bringing a significant shift in the diagnostics industry. Ms. Shah has also been featured in the acclaimed ?Young Global Leader? list brought out by the prestigious ?World Economic Forum? in 2015. In addition, Ms. Shah was honored with the Corporate Champion Award by the US India Business Council and The Women Healthcare Leadership Award presented by ABP news 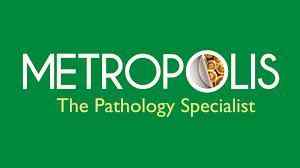 What is the address of Micron Metropolis Healthcare (52 Bunglow)?

What is the contact number of Micron Metropolis Healthcare (52 Bunglow)?

What kind of payment accepted by Micron Metropolis Healthcare (52 Bunglow)?