ICICI Bank Listed in India's largest private sector Bank Located in Panvel City,Panvel About Us ICICI Bank is India's largest private sector bank with total consolidated assets of Rs. 9,860.43 billion (US$ 152.0 billion) at March 31, 2017 and profit after tax of Rs. 98.01 billion (US$ 1.5 billion) for the year ended March 31, 2017. ICICI Bank currently has a network of 4,850 Branches and 14,164 ATM's across India. History ICICI Bank was originally promoted in 1994 by ICICI Limited, an Indian financial institution, and was its wholly-owned subsidiary. ICICI's shareholding in ICICI Bank was reduced to 46% through a public offering of shares in India in fiscal 1998, an equity offering in the form of ADRs listed on the NYSE in fiscal 2000, ICICI Bank's acquisition of Bank of Madura Limited in an all-stock amalgamation in fiscal 2001, and secondary market sales by ICICI to institutional investors in fiscal 2001 and fiscal 2002. ICICI was formed in 1955 at the initiative of the World Bank, the Government of India and representatives of Indian industry. The principal objective was to create a development financial institution for providing medium-term and long-term project financing to Indian businesses. In the 1990s, ICICI transformed its business from a development financial institution offering only project finance to a diversified financial services group offering a wide variety of products and services, both directly and through a number of subsidiaries and affiliates like ICICI Bank. In 1999, ICICI become the first Indian company and the first bank or financial institution from non-Japan Asia to be listed on the NYSE. After consideration of various corporate structuring alternatives in the context of the emerging competitive scenario in the Indian banking industry, and the move towards universal banking, the managements of ICICI and ICICI Bank formed the view that the merger of ICICI with ICICI Bank would be the optimal strategic alternative for both entities, and would create the optimal legal structure for the ICICI group's universal banking strategy. The merger would enhance value for ICICI shareholders through the merged entity's access to low-cost deposits, greater opportunities for earning fee-based income and the ability to participate in the payments system and provide transaction-banking services. The merger would enhance value for ICICI Bank shareholders through a large capital base and scale of operations, seamless access to ICICI's strong corporate relationships built up over five decades, entry into new business segments, higher market share in various business segments, particularly fee-based services, and access to the vast talent pool of ICICI and its subsidiaries. In October 2001, the Boards of Directors of ICICI and ICICI Bank approved the merger of ICICI and two of its wholly-owned retail finance subsidiaries, ICICI Personal Financial Services Limited and ICICI Capital Services Limited, with ICICI Bank. The merger was approved by shareholders of ICICI and ICICI Bank in January 2002, by the High Court of Gujarat at Ahmedabad in March 2002, and by the High Court of Judicature at Mumbai and the Reserve Bank of India in April 2002. Consequent to the merger, the ICICI group's financing and banking operations, both wholesale and retail, have been integrated in a single entity. ICICI Bank has formulated a Code of Business Conduct and Ethics for its directors and employees. Our Products Accounts & Deposits Savings Account, FD, RD, Current Account, iWish, Demat Insurance General Insurance, Two Wheeler Car, Travel, Life Insurance Investments Tax Solutions, Mutual Funds PPF, Student Solutions Loans Home Loan, Personal Loan Car Loan, Gold Loan, PMAY Pockets wallet Create your wallet instantly on Android and Apple phones. Forex Services Buy Forex Online, Foreign Exchange Rates Cards Credit Card, Loan on Credit Card Debit Card, Travel Card Agri & Rural Agri Corporates Micro Banking, Micro Finance Personal Finance Management 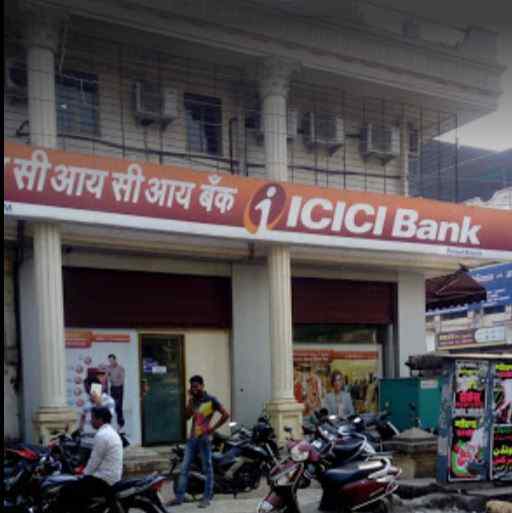 What is the address of Icici Bank?

What kind of payment accepted by Icici Bank?

You can make payment to Icici Bank in the form of