Cox & Kings Tours and Travel Deals in India Tours, International Group & Individual Tours, Holidays For Disabled, Adventure Located in Panvel City,Panvel Cox & Kings is the longest established travel company in the world. Its distinguished history began in 1758 when it was appointed as general agents to the regiment of Foot Guards in India under the command of Lord Ligonier. By 1878, C&K were agents for most British regiments posted overseas, including the Royal Cavalry, Artillery and Infantry, as well as the Royal Wagon Train and the Household Brigade. The Royal Navy was next and in 1912, The Royal Air Force came under its wings. Between 1750's and 1950's, Cox & Kings was witness to an exciting era in Indian history, and, in its own way, helped to shape it. In 1947, the British administration departed, but bound by strong ties to India, Cox & Kings stayed on and flourished. Today, Cox & Kings is a premium brand in all travel related services in the Indian subcontinent, employing over 5000 trained professionals. Its India operations are headquartered in Mumbai and has the status of a limited company. It has over 12 fully owned offices in India across key cities such as New Delhi, Chennai, Bangalore, Kolkata, Ahmedabad, Kochi, Hyderabad, Pune, Goa, Nagpur and Jaipur. The worldwide offices are located in UK, USA, Japan, Russia, Singapore and Dubai. It has associate offices in Germany, Italy, Spain, South Africa, Sweden and Australia. The principal services offered by the company are: Destination Management Outbound Tourism Business Travel Incentive & Conference Solutions Domestic Holidays NRI Trade Fairs Foreign Exchange Insurance 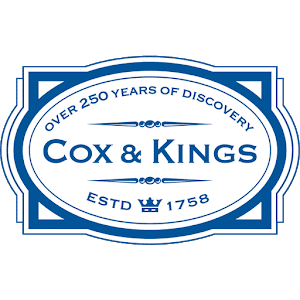 What is the address of Cox & Kings Tours And Travel?

What is the contact number of Cox & Kings Tours And Travel?

What kind of payment accepted by Cox & Kings Tours And Travel?