Abhyudaya Co-op Bank Ltd. Listed in Multi State Co-Op Bank Located in Panvel City,Panvel The Beginning : A dedicated group of social workers and labour movement activists, imbued with the spirit of service to the cause of mill workers, other industrial and hitherto neglected economically weaker sections of society started Abhyudaya Co-op. Credit Society Ltd. in 1964, with a small share capital of Rs. 5,000. The area of Kalachowki, Sewri, Parel and their surroundings were predominantly populated by low income industrial labour and lower middle class people at that time. In a short period of time Abhyudaya Co-op. Credit Society got converted into an Urban Co-op. Bank. Finally in June 1965, Abhyudaya Co-op. Bank Ltd. was established with the motto of "Prosperity through Co-operation". A Forward March : The Bank was conferred with Scheduled Bank Status by Reserve Bank of India in September 1988. Over a span of 51 years, it became one of the leading Urban Co-op. Bank in the country with branches in Metropolitan Mumbai, Navi Mumbai, Pune, Thane, Raigad, Nagpur, Nashik, Nanded, Kankavali, Aurangabad, Ahmednagar & Pen in Maharashtra State, Vadodara and Ahmedabad in Gujarat State, Udupi and Mangalore in Karnataka State. On 11th January, 2007 the Bank was registered as a Multi?State Co-op. Bank by the Central Registrar, New Delhi. The area of operation of the bank is confined to 3 States - Maharashtra, Gujarat and Karnataka. The merger of Shree Krishna Sahakari Bank Ltd., Vadodara, Gujarat State, Janatha Co-op. Bank Ltd., Udupi, Karnataka State and Manekchowk Co-op. Bank Ltd., Ahmedabad, Gujarat State has been effected. Vision Our Bank?s plunge to excellence in all directions will be powered by the VISION that provides overarching inspiration, The VALUES that serve to guide taught & action, The VITALITY that embarks on strategy formation & execution. The immense potential of our Bank will be realized by the distinctive amalgam of the ?Vision, Values & Vitality. Mission To continuously strive for synergy between technology, systems & human resources for providing products & services that meet the quality, performance & aspirations of the vast clientele & to maintain the highest standards of ethics & societal responsibilities, constantly innovate products & processes & develop teams that keep the momentum going to take the Bank to excellence. Our Services ATM RTGS/NEFT/SWITFT MoneyGram / Xpress Money Insurance Products Billing Services for Housing Soc. Other Services Online Facilities Internet Banking MOBILE Banking SMS Banking Loans Housing Loan Car Loan 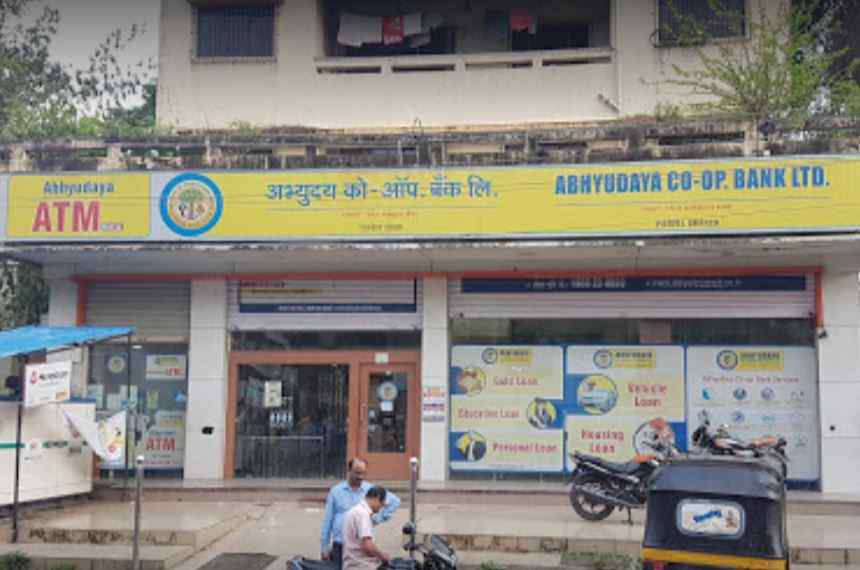 What is the address of Abhyudaya Co-Op Bank Ltd.?

What is the contact number of Abhyudaya Co-Op Bank Ltd.?

What kind of payment accepted by Abhyudaya Co-Op Bank Ltd.?

You can make payment to Abhyudaya Co-Op Bank Ltd. in the form of