All History and Mythology is based on Cause and Effect.

“Mahabharat - The Epic Tale" in-depth deals with the primary Emotional and Psychological Causes that we’re the genesis of this destructive War.

The Planet has witnessed destruction based on the whims of a few people. We present the Narrative via DHARTI MATA [ Mother Earth ] who explains No Matter What the causes have been, the End Effect has always been the same ... Destruction of the Planet and Mankind.

This Play deals with three main characters Duryodhan, Karan and Draupadi, who were the Pivitol cause of the conflict.

For the first time in History, we unravel the Selfless and Unconditional Friendship and Loyalty between Duryodhan and Karan.

The Play presents the point of view of these two Characters and Highlights the Causes that led to the annihilating War.

The Arrogance Of Draupadi, The Shrewdness Of Shakuni, and the Obstinacy of Duryodhan May have caused the conflict ... But under the debris of all Evil was Buried the forgotten story of True Friendship, Unconditional Sacrifice and a Bond between Two Friends Duryodhan and Karan.

We bring you the story of these Two Eminent Characters through this Play. Mahabharat... The Epic taleSpotlights that ‘ There is A Little Good in Every Bad ... and A Little Bad in Every Good ‘.

The dilemma of the Pandavas, Kunti’s Pain, Gandhari’s helplessness, and Lord Krishna’s Guidance that has been Created for Eternity is All portrayed by an ensemble of Stars, some of the best from the TV and Film Fraternity with spell bounding Sets and production.

The Music requires a special mentioning which has been specially recorded to augment the over all experience of the viewers! 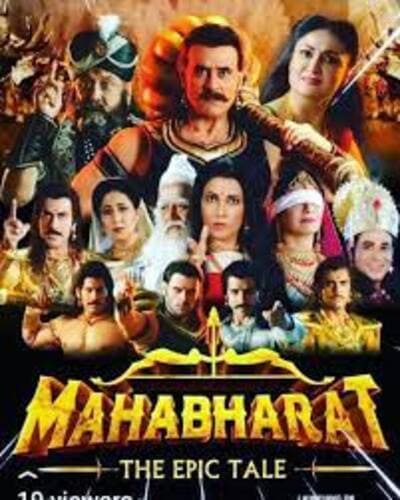