The Golden Era. A time when admiration for Bombay cinema actors was shown by lipstick stains on their cars... Villians on silver screens were pronounced evil for life... A time when the 'death of a character' played by a crowd favorite was mourned openly and when young girls were shunned from dancing or entering the film industry.

During this time, Kumar could never make a mark in the industry as an actor. Neither was he a crowd favorite nor hailed by critics. He failed miserably but was infamous in the tabloids for his crass and rude behavior.  Even though acting was never his choice, he still tried to keep the flame alive only for his sister Iravati, whose ambition of dance could never be a reality.

Along came Shyam, a foreign-returned director who was going to film his dream project. Shyam soon became a friend and confidant to Kumar. Kumar was overjoyed that maybe he will get a chance to prove his mettle as a successful actor. But Shyam had other plans in mind. He wanted to make a film on Iravati and sought Kumar's permission. Shocked, Kumar refuses his request and becomes a barricade between Shyam and Iravati.

To Shyam, this was an act of jealousy... Or was there more to this story than pure envy and patriarchy? And what about Shyam, the successful writer... Is he an open book or are there some chapters of his life that are torn and buried away?

Who is Iravati? She dances merrily in her haveli but has her gunghroos become shackles that cage her from having a career as a dancer?

Aum Theatre Mumbai's Dhappa is a mirage, submerged in mystery and drama.

Written and directed by Akshay Mishra, the play Dhappa transports you to the golden era of the 1950s. 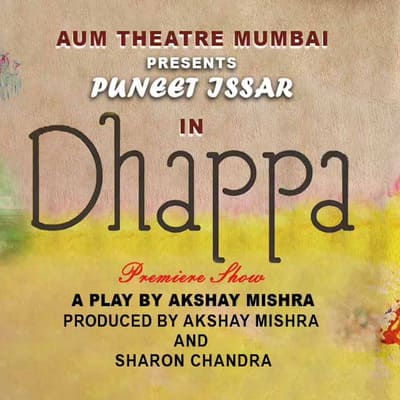 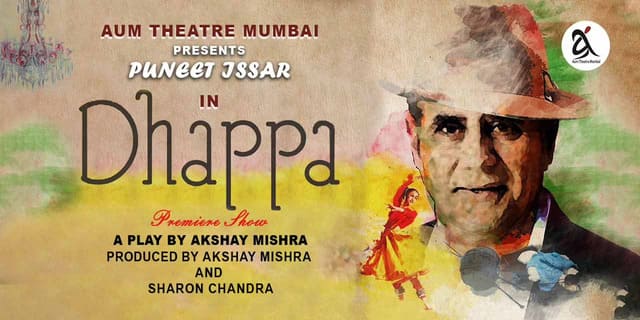